Of course, one cannot start a list of “big wins” without some sort of an origin story.

I’m not going to bore you about how I overcame all kinds of adversity, tossed and turned in bed, and struggled many years ago.

So I’ll just get to the point.

I used to be a graduate student at Penn State studying Molecular Biology, Microbiology, and Biochemistry.

My goal was to get a Ph.D. and become a college professor.

But during my 4th year of graduate school, I started to get bored.

I loved the campus and my research. And I had a great time at school.

But there was a problem.

I didn’t see myself being stuck behind a lab bench for the rest of my life. 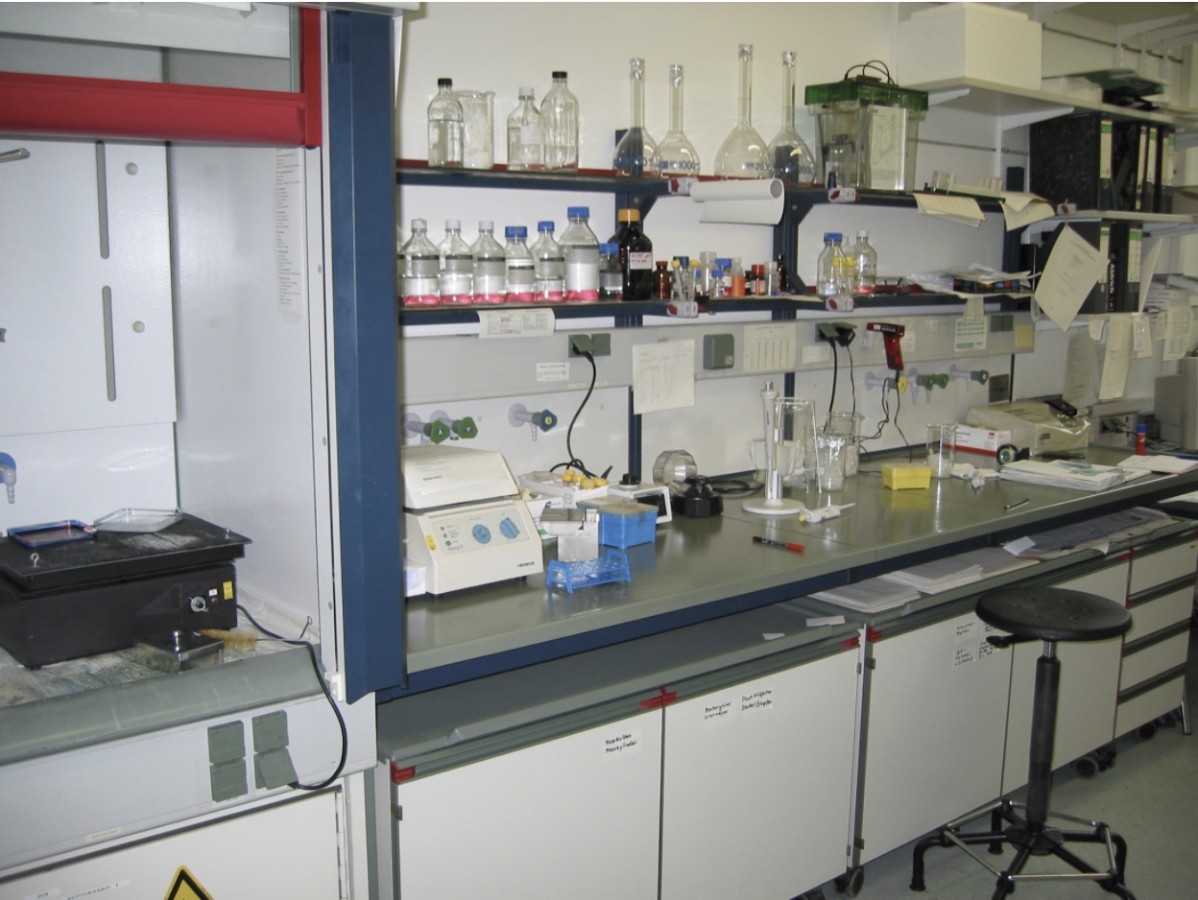 This is where I lived for 4 years (no social life for me!)

That led me to my second win…

I remember it very well.

I told my committee that I was leaving graduate school.

Four of them were very supportive…

…yet two of them have me the whole “finish what ya started” drill.

I decided to stay the course and figure out what the heck I’m going to do with my life.

That’s when I walked into Barnes and Noble in State College, PA on April 23, 2004 and discovered… 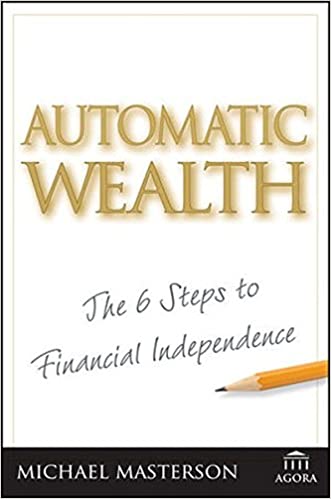 Automatic Wealth by Michael Masterson – the book that changed my life.

This was the book that helped me discover copywriting and marketing.

And, like most people, I assumed “copywriting” was about becoming a copyright lawyer…

…which is further from the truth!

From that point on, I decided to become a copywriter.

…without having to go to school and have a degree.

You see, I was always a decent writer.

It was just a matter of learning how to write more persuasively.

I started to meet other copywriters in the industry and attended my first copywriting event.

But my big break as a copywriter came when I…

The winner got to undergo a 6-month mentorship with both copywriters.

Here was the headline: 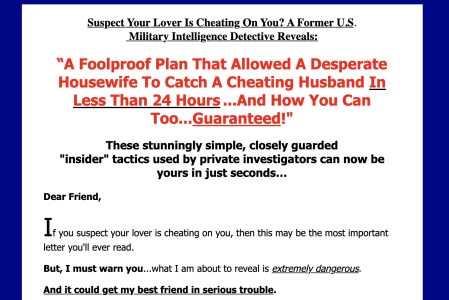 The first sales letter I ever wrote that out-converted 5 other copywriters!

They then ran a split test and my letter out-converted 5 other copywriters.

I won the mentorship along with another copywriter and I was off to the races!

It all started when I was browsing a now-defunct copywriting forum.

Russel had posted that he was looking for a copywriter to move to Boise and work in his offices full time.

So I contacted him and sent him all my writing samples up until that point.

He immediately booked me a flight to visit him and his team in Boise.

I immediately accepted the position, moved across the country from Maryland to Boise…

…and worked for Russell for 5 years.

…but also learned a ton about marketing.

I was “behind the scenes” behind several amazing product launches (more on those later).

And I was lucky enough to sit in meetings and Masterminds watching Russell operate.

I look back on those years fondly and am grateful for every day I spent working with Russell.

In fact, he was nice enough to create this video for me when I decided to go out on my own:

I hit many home runs while I worked with Russell for 5 years.

One of those was 12 Month Internet Millionaire…a launch I was a part of after only working 6 months with Russell.

He decided to rebrand the book and call it 12 Month Internet Millionaire.

I wrote most of the sales letter, which was based heavily on Vince’s original letter. 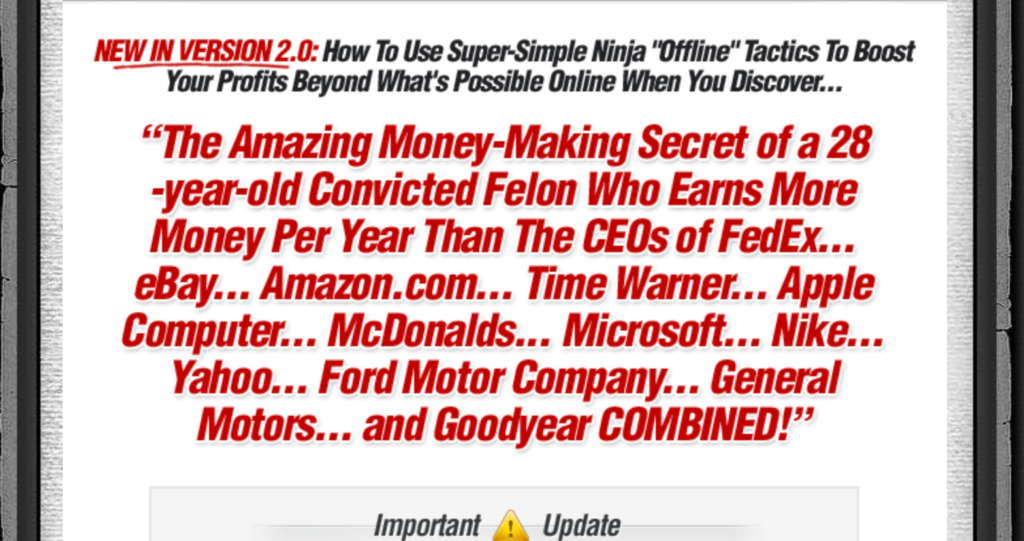 That was my first seven-figure launch as a copywriter.

I learned a ton about how to launch products online.

And what’s great is Russell took us all on a cruise to Mexico to celebrate.

I remember sitting in my office during the Fall of 2007.

I was in my office Russell let me have as part of working with him.

He suddenly startled me as he rushed into my office and said,

That was when MicroContinuity was born.

This ended up being another seven-figure launch for Russell.

And I wrote all the copy, including upsells and downsells.

The product was so successful that we launched MicroContinuity 2.0 as a result. 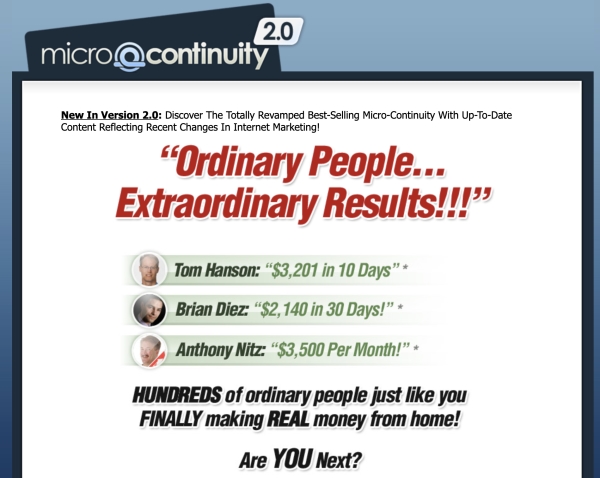 The simple headline I created for the second Microcontinuity launch.

Anyway, it was great working in Russell’s office for 5 years.

He also had me speak at several of his Masterminds and his Live events.

But I decided to become a freelance copywriter because I wanted to work from home.

…until my next big break came:

It all started when I attended GKIC’s SuperConference in Dallas, TX in 2012.

I have been a big Dan Kennedy fan for the longest time.

Russell Brunson was a frequent speaker at GKIC’s events, and had tons of their products.

But I decided to attend an event myself.

That’s when I met Darcy Juarez, who was the Chief Marketing Officer at GKIC at the time.

I introduced myself and said I used to write copy for Russell Brunson.

This got her interest and, to make a long story short, I was hired in a week as a contract copywriter! 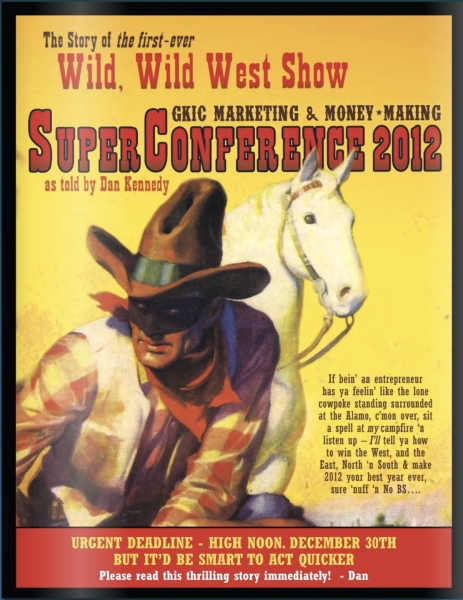 SuperConference 2012 – where I started working with Dan Kennedy’s company.

This set forth an awesome time working for GKIC and Dan Kennedy.

I got to create tons of promotions under an amazing team…

…many of which they’re still running today.

It was also an amazing “feather in my cap” writing on behalf of the great Dan Kennedy.

I remember when Dave Dee asked me at a Dan Kennedy event if I’d speak at the GKIC InfoSummit.

It was 2013 and I had given tons of presentations since then, but this was totally different.

I had to create a product I would sell from the stage, and I never created a product before!

So instead of freaking out, I used this experience as “positive pressure” to create my own product.

It was called Effortless Sales Letters and it sold really well!

Here’s a clip from that presentation:

I was thrilled since this was my first “selling” presentation from stage!

They then asked me to present again at the GKIC Superconference in 2014 the following year.

And they also had me give the occasional presentation about copywriting to their high-level coaching and Mastermind groups.

But I had another big break when, while working for GKIC, I got another side gig where…

I had watched Sally Hogshead speak at a GKIC event and decided to purchase her product.

One of the bonuses was a free ticket to one of her events in Orlando, FL which I attended.

It was a great event, but a chance meeting happened in the elevator back up to my hotel.

It was an executive for Agora Publishing and we chatted for about 5 minutes.

I then gave him my card and he connected me with Sovereign Society and Harry Dent.

To make a long story short, I crafted two promotions for their upcoming events…

…the Irrational Wealth Summit and the Total Wealth Symposium.

The headline I created for the Total Wealth Symposium for Agora Publishing.

The two promotions filled up both events, and they decided to hire me to write ‘em again the following year.

It was cool writing for Agora Publishing, which I did on and off for a couple of years.

It was also a great feather in my cap.

Plus I got to write some financial copy, which was awesome. 🙂

I then met Oli Billson through working with Dan Kennedy and GKIC.

We knew of each other but we never did any work together.

But at the end of 2017, he asked if I’d like to work with him as a full-time copywriter.

I said “Yes” because I always thought very highly of him.

We started working together and wrote practically all the copy for his NextLevelBusiness.com brand…

…and was instrumental in helping him launch NextLevel Scale.

(He even had me present at several of his events!)

[insert photo of me presenting]

It was really neat working with Oli and his team as I helped launch his new brand.

He’s also very smart and talented. I learned a lot from him.

I remember that day very well.

I emailed John Carlton and asked him if he knew someone who could use a copywriter.

He replied right away and told me that Clayton Makepeace was looking for new writers.

Believe me, I was thrilled because I learned so much from him when I got started.

And to be able to work with him was an amazing accomplishment.

We worked together once and he was a very nice person to work with.

Sadly, he passed in 2020 and he will be greatly missed.

So here’s where I need to get a little “mysterious.”

I’ve been secretly working with a seven-figure business for the past 3 ½ years.

The business has made the Inc. 5000 List of Fastest Growing Companies several years in a row.

And to say I’ve had several “big wins” is putting it lightly.

During my time working with this particular person, I’ve:

In fact, I run the weekly marketing labs for his $80,000/year Mastermind group.

This is in addition to the other projects I’m involved in with several clients.

Well, that’s a summary of just some of the “big wins” I’ve had in the past 16 years.

The keyword here is “some.”

There are many more I’m probably forgetting, but this is a good list.

And I plan to add to this list as I continue my career.

So, thanks to everyone I’ve worked with and continue to work with in the future.

I learned something from each one of you, and continue to do so.

…not just the gurus themselves, but many talented people behind the scenes.

I hope this accurately paints the picture for you that I’m not some “newbie” on the scene.

I also hope to impress upon you that I’m not a one-hit-wonder.

I’ve had multiple successes, and you can trust me to help you with your copywriting or marketing needs.

I look forward to speaking with you.

Claim Your Copy Of…

The 7 Deadly Copywriting Sins That Could Send Your Profits Down The Toilet…And What You Can Do About It TODAY!

Here’s just some of what you’ll discover:

Enter Your Name And Email Address Below
And I’ll Send Your Report Right Away!